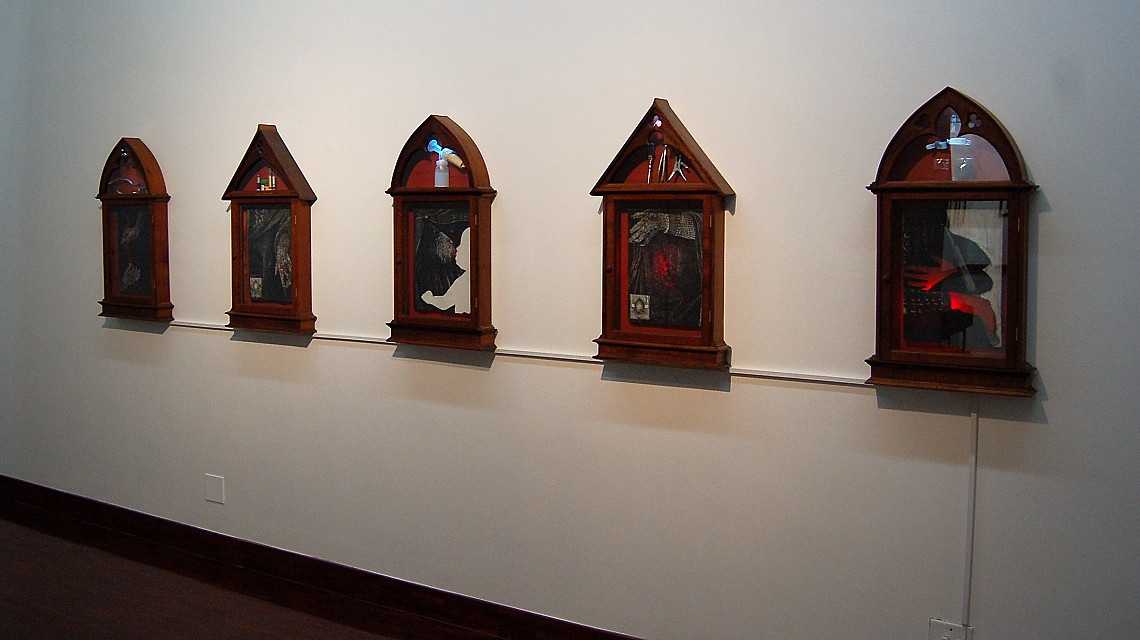 In Parturient Prospects ' Dixie situates her experiences against Western discoursed, especially images from early modern Europe. Focusing on the ways in which visual representations construct woman as 'other', Dixie invokes reference to woman as 'other', Dixie invokes reference to not only representations of birth and maternity but also religious, medical and geographical images. While the Gendered underpinnings of theses discourses are not always immediately transparent when they are invoked simultaneously, Dixie's works reveal that they are in fact mutually reinforcing agents and indeed often use related tropes. (Schmahmann, 2007) 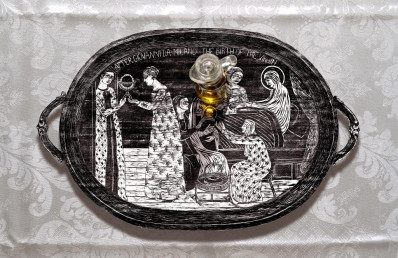 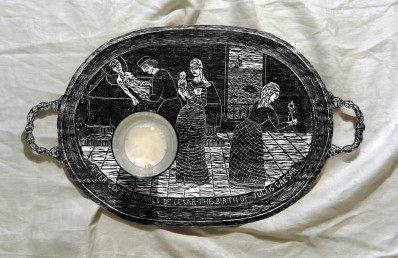 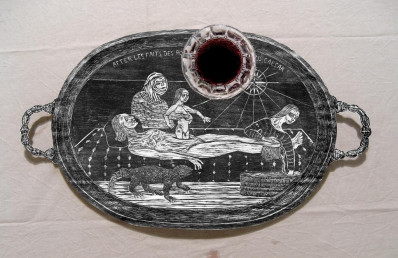 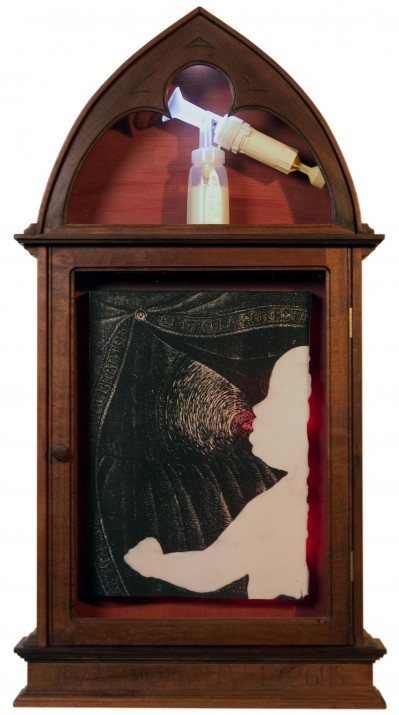 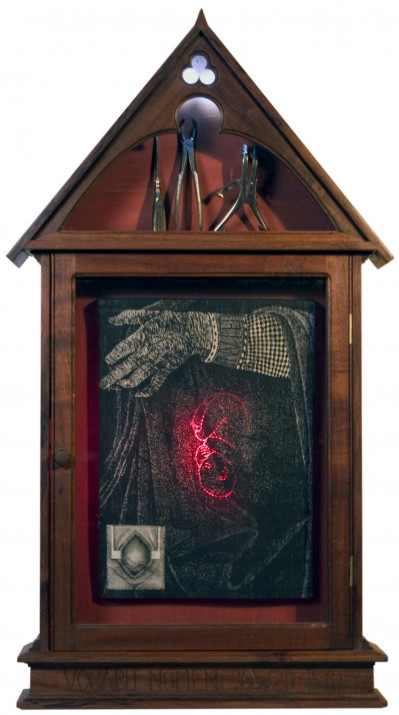 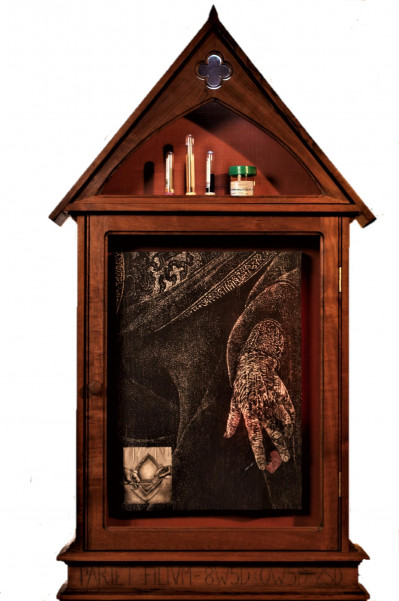