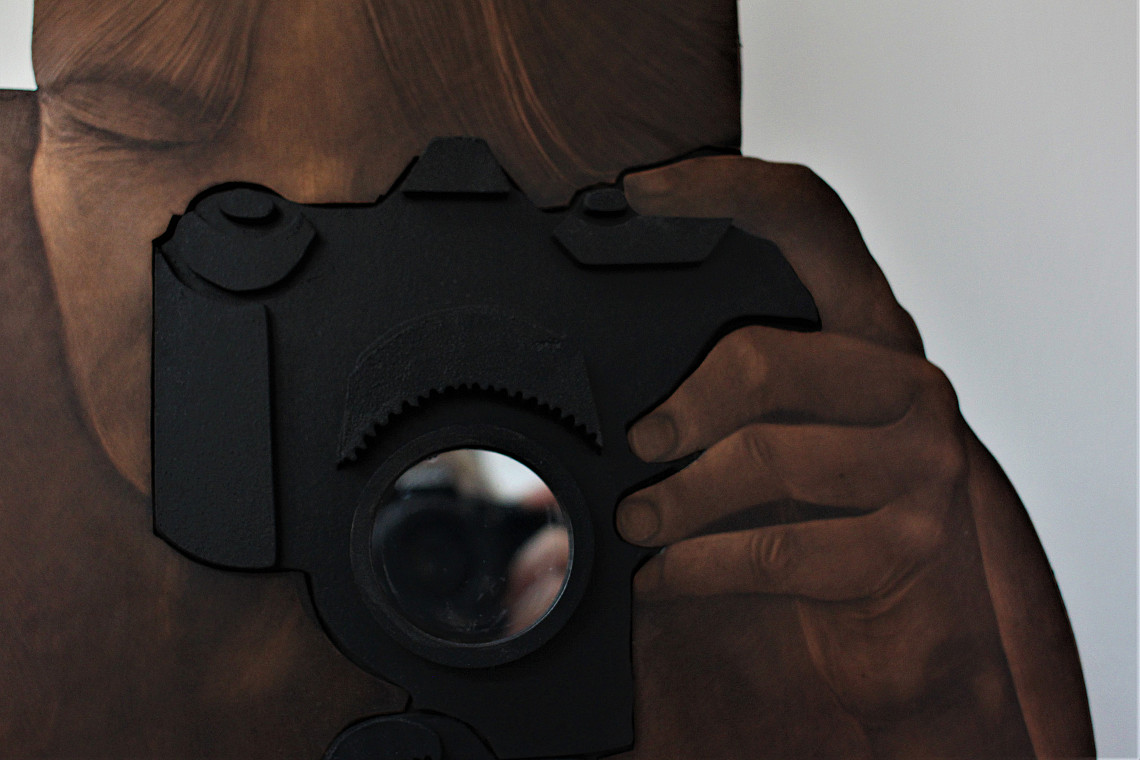 This exhibition is the next iteration in The Binding Project. Drawing on the matrix's  - the copper plates from which The Binding prints were made. The Matrices draws attention to the Mother figure - The matrice - in the narrative.

In ‘The Matrices’, Christine has cropped the elements of the beds, with their shadow soldiers, and the hanging figurative veils of ‘The Binding’ installation. But she has introduced a new life-size print to work with the six re-configured images of the original exhibition. Christine first made the print ‘Captured’ when she was pregnant with Daniel, the subject of both ‘The Binding’ and ‘The Matrices’ as a way to return the unwelcome gazes she felt turned on her body at that time. In its new context, Christine has emphasized the form of the camera and seems to direct it towards the six images of her son as if attempting to capture these moments – the mezzotint was always called ‘Captured’ - or at least assert her own presence within them. But, of course, to assert one’s presence at events, to be a witness, is also to participate in a way, is also to be complicit at some level in the narrative represented. The detail of the mirror in the camera lens suggests that the viewer also is caught up in this exchange, is also somehow complicit in this insane sacrifice of our next generation. ( Michael Godby -  opening speech) 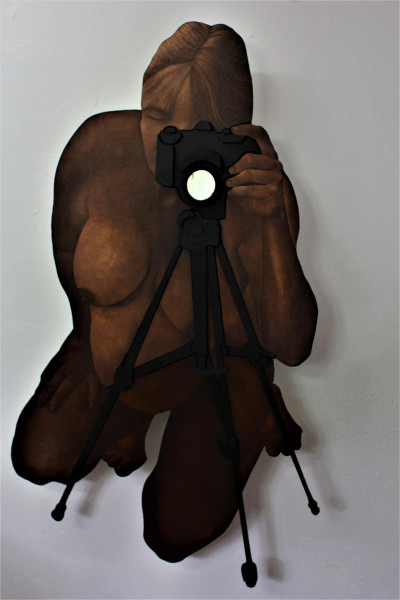 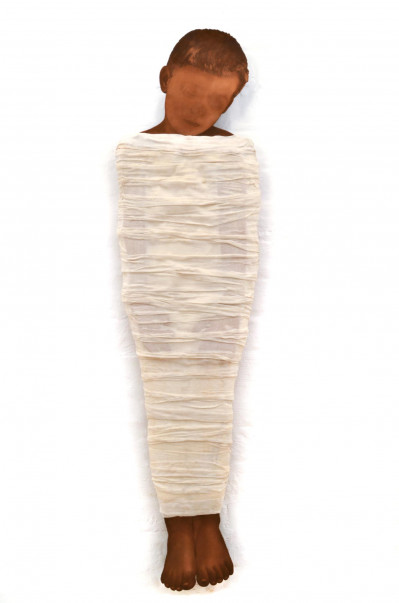 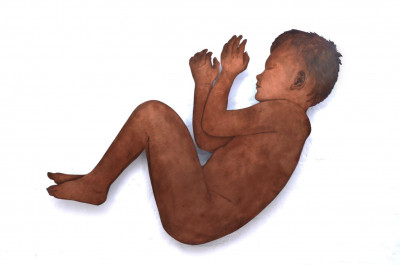 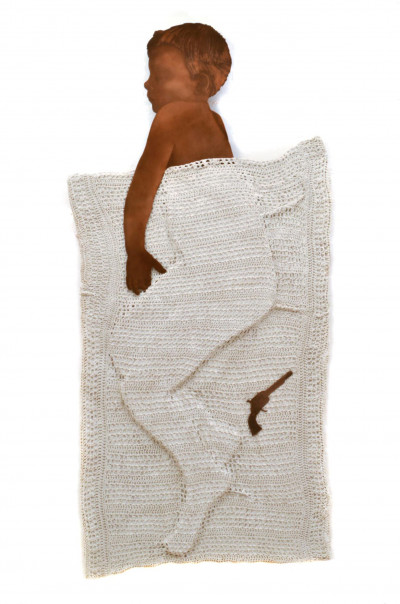 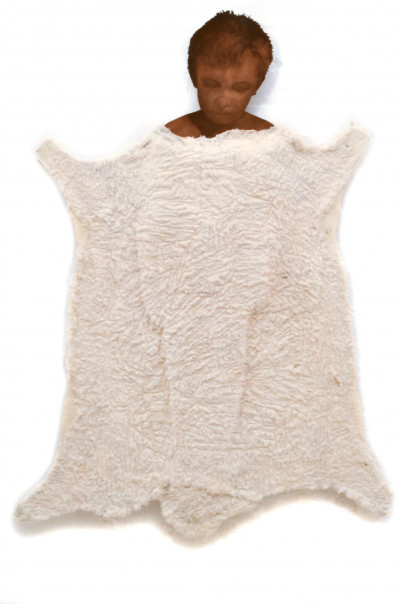