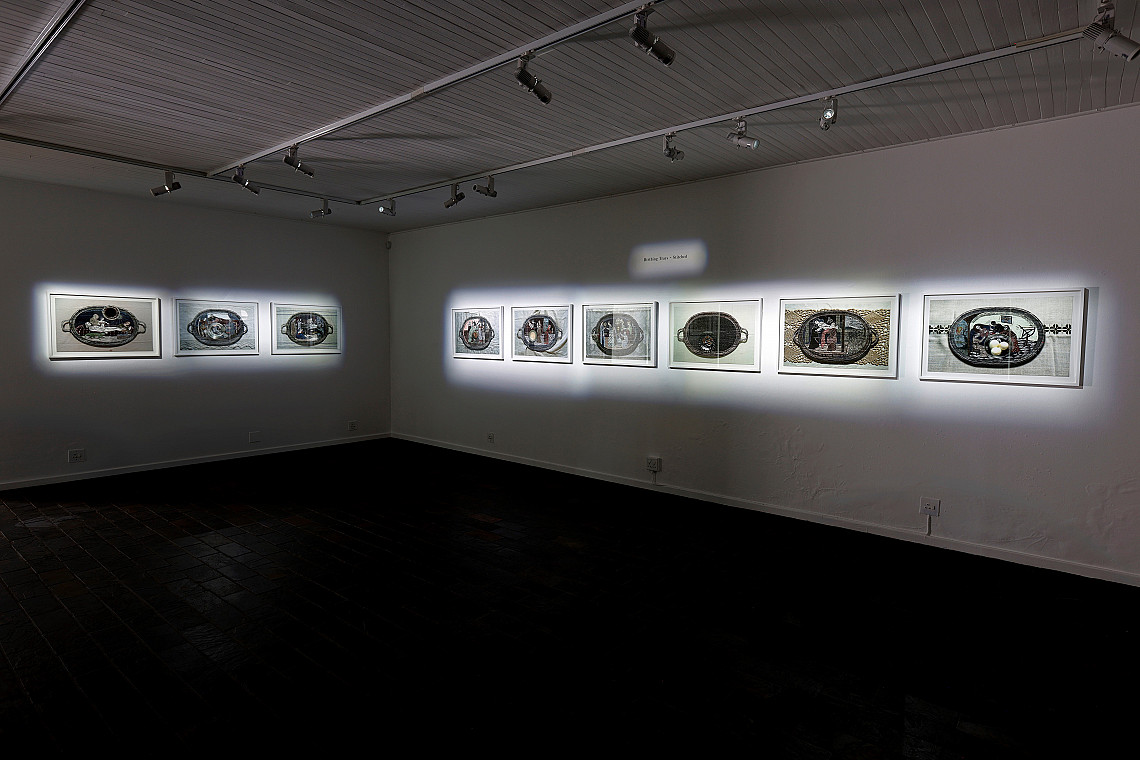 “At the top of Blaeu’s map are nine roundels depicting harbours, spaces at which the explorer might arrive beforeproceeding on a journey to an unmapped interior, and which thus mark the threshold between known and unknown worlds. Dixie substitutes these images of harbours with scenes derived from early modern representations of labour and delivery, thus pointing to a concept of birth as one in which the child undergoes passage between the mysterious and atavistic interior of the mother’s body and the ‘civilized’ world.” (Schmahmann 2007, 31)

The woodblocks in The Harbingers are cut into the shape of the roundels depicted in the map, with writing which names the source of the fourteenth century image carved into the sides. Each have a medical instrument embedded into the wood. The medical objects interact with the scenario depicted, echoing the shape of an elephant’s trunk, bow an arrow or the splayed legs of the mother who is being operated on. The interior scenes which focus on the scenes of labour also include reference to objects such as the sextant, used for navigation, or views of ships out at sea. These references to discourses associated with expedition and discovery underscore the exclusion of women from these historical events and act to reinforce the gendered norms played out in the birth process.